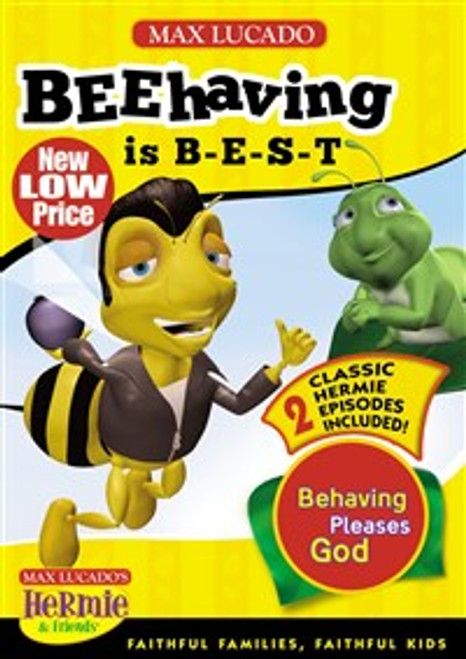 Join Hermie in this double-dose of fun as the garden bugs learn that the rules werent just made to be broken!

In Buzby, the Misbehaving Bee, the garden is all abuzz thanks to its newest resident: Buzby, the self-proclaimed king of bees, who refuses to follow any of the Garden Golden Rules. Soon Buzby has managed to bug every citizen of the gardenand Hermie and his pals dont know what to do. But through an unexpected act of kindness (not to mention some intervention from the real King of the garden), Buzby finally learns that nobody is too cool for the rulesand that rules are actually pretty helpful!

In Buzby and the Grumblebees, newly reformed rule-follower Buzby receives a visit from his niece Beebee and his nephew Buddy. But the two little bees are full of bad behavior, and Buzby enlists the help of Hermie and his friends to show the kids all kinds of bugs behaving badly. And the two quickly see how uncomfortable things become for everyone when bugs dont get enough sleep or clean up after themselves. Soon Beebee and Buddy decide that behaving in the hive is the only way to fly!

Featuring the voice talents of Tim Conway, Don Knotts, Vickie Lawrence, and Melissa Disney, these stories will keep kids and parents rolling with laughter and learning in love.